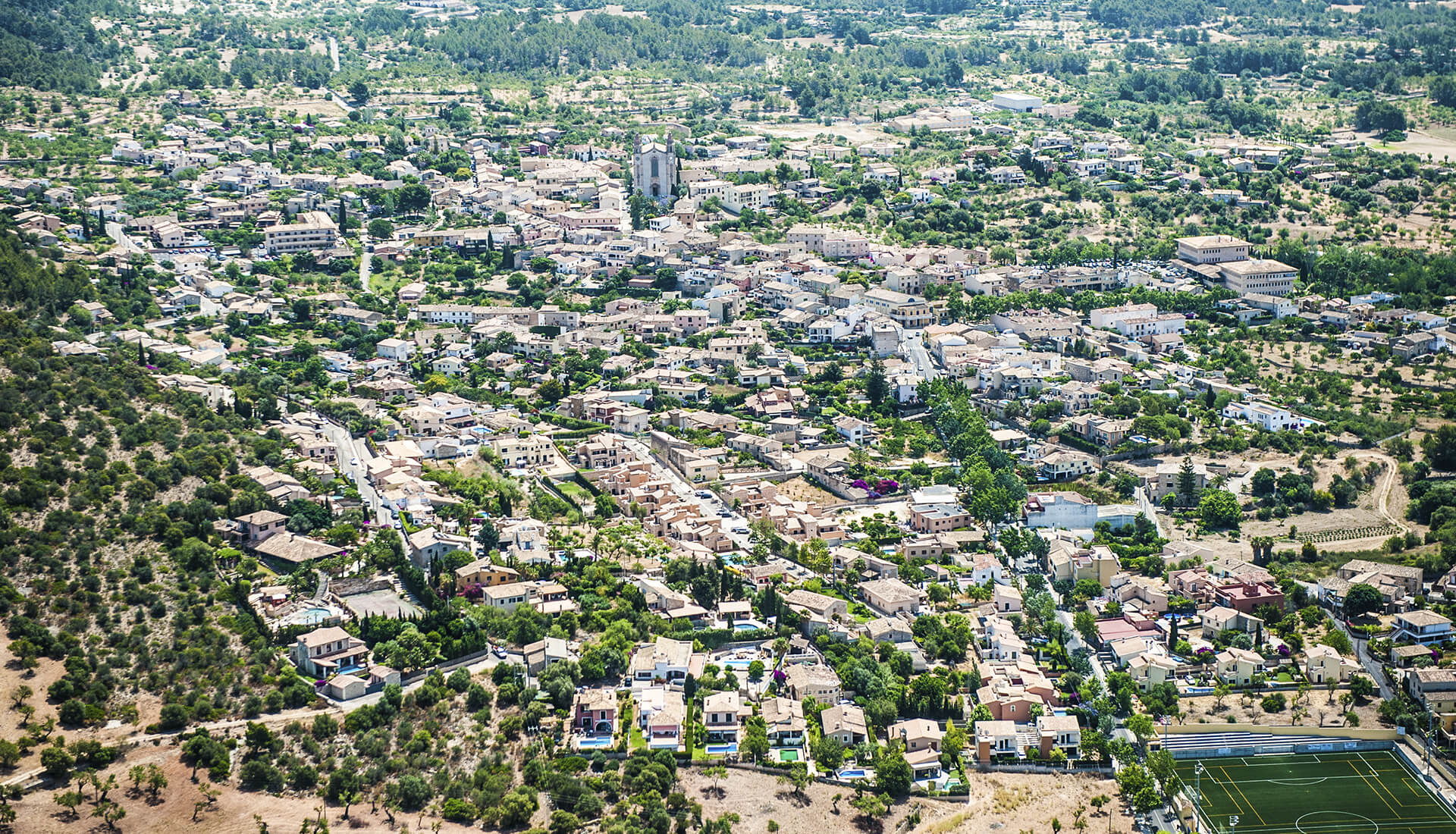 The Balearic Islands, due to their central position in the Western Mediterranean, have always been connected with the main continental historical dynamics, although these dynamics have taken shape specifically in the Islands.

The first inhabitants of the municipality. Calvià during prehistory (from the copper age to the Post-Talayotic period)

Calvià has great archaeological wealth, with 116 documented sites. This makes the municipality a privileged vantage point to get to know the diversity of cultures and nations that, over time, inhabited the Balearic Islands. The first evidence of human presence in the municipality has been found in the “Cova d’en Pellicer” and dates back to the Copper Age (2500 and 1900 BC).

From that time onwards the prehistoric occupation of Calvià is reflected in many sites. During the last phase of prehistory (Second Iron Age), the Calvià area, through the “Puig de Sa Morisca” site, acquires a special prominence as an area of intense contact with the Punic world and of redistribution of its products towards the interior of the Island.

During the ancient period, from 123 B.C. to 902-903 A.D., there was a long period in which Romans, Vandals and Byzantines left their mark on the archipelago. The “Insulæ Baliares” (Mallorca and Menorca) were linked to the evolution of the Roman Empire from 123 BC to the 4th century AD. This period is clearly reflected in the municipality with the Roman site of “sa Mesquida”, one of the only two Roman villas excavated in Mallorca. We know that, from the 5th century onwards, Mallorca suffered the reign of the Vandals for a hundred years, when the Byzantine general Belisario conquered it, establishing his nation for another century. However, there is little information about what happened between the middle of the 7th century and the Muslim conquest in the 10th century AD, which is why it was named the Dark Age.

For a more complete overview of the Roman and ancient heritage in the municipality and in the Balearic Islands:

One of the cultures that has had the greatest influence on Mallorca and its people is the Islamic one. The Omeya Caliphate of Córdoba conquered Mallorca in 902 and Calvià became part of the administrative division of the Juz’d’Ahwaz al-Madina. The Islamic period can be divided into five phases, depending on political and institutional history: the Caliphate period (903-1015), the Taifa Denia-Baleares (1015-1087), the Taifa of the Balearic Islands (1087-1115), the Almoravid period (1115-1203) and finally the Almohad period (1203-1229).

The following archive presents a brief historical synthesis of the Islamic period in Mallorca:

Calvià during the Islamic medieval period:

One of the historical events that has most marked the culture and tradition of Calvià is the arrival of King Jaume I (King James I) of Aragon (Crown of Aragon), who disembarked in Santa Ponça on 10th September 1229. After the period of conquest, the “Repartiment” (division) took place and “Berenguer de Palou”, Bishop of Barcelona, was granted the municipality of Calvià and the surrounding municipalities. During these years the population centres of Calvià and Es Capdellà were consolidated. The first of these, Calvià, was born as a town in 1285, during the reign of Jaume II (James II).

The Christian conquest of Mallorca meant a radical change in all aspects, from the economy, with the introduction of rainfed agriculture, to the arrival of a new language and religion, passing through important aspects such as family structure, social organization and a new political model, all under a feudal structure.

Calvià and the conquest of Jaime I (1229): Calvià during the medieval period in Mallorca:

Factors such as the difficult terrestrial communications or the greater degree of dispersion of its population with respect to other insular regions have meant that the contributions to Calvià’s modern period history are relatively scarce. During this time, the population of Calvià hardly increased and its economic and social structure was organised around the “possessions” (estates), authentic backbones of the life of the municipality.

The following file analyses Calvià’s role in the German movement, its demographics and its main economic activities during the modern age.

The contemporary history of the municipality of Calvià has been complex, varied and full of nuances. In it, the socioeconomic and political frameworks of Mallorca and of the State as a whole have conditioned the evolution of the district and its own idiosyncrasy. Of special importance for the current territorial, economic and social configuration of the municipality is the enormous development that Calvià has had since the 1960s, mainly focused on beach and leisure tourism.

Reading the following text will help you understand the historical evolution of this period.

(ENG) This website uses its own and third-party cookies to enable the operation and provision of the services offered on it, to save your preferences, analysis and measurements and to show you personalised advertising based on a profile drawn up from your browsing data (e.g. pages visited). You can ACCEPT all cookies by clicking the "Accept" button or configure them or refuse their use by clicking HERE .
Necessary Always Enabled
Necessary cookies are absolutely essential for the website to function properly. These cookies ensure basic functionalities and security features of the website, anonymously.
Functional
Functional cookies help to perform certain functionalities like sharing the content of the website on social media platforms, collect feedbacks, and other third-party features.
Performance
Performance cookies are used to understand and analyze the key performance indexes of the website which helps in delivering a better user experience for the visitors.
Analytics
Analytical cookies are used to understand how visitors interact with the website. These cookies help provide information on metrics the number of visitors, bounce rate, traffic source, etc.
Advertisement
Advertisement cookies are used to provide visitors with relevant ads and marketing campaigns. These cookies track visitors across websites and collect information to provide customized ads.
Others
Other uncategorized cookies are those that are being analyzed and have not been classified into a category as yet.
SAVE & ACCEPT
Powered by