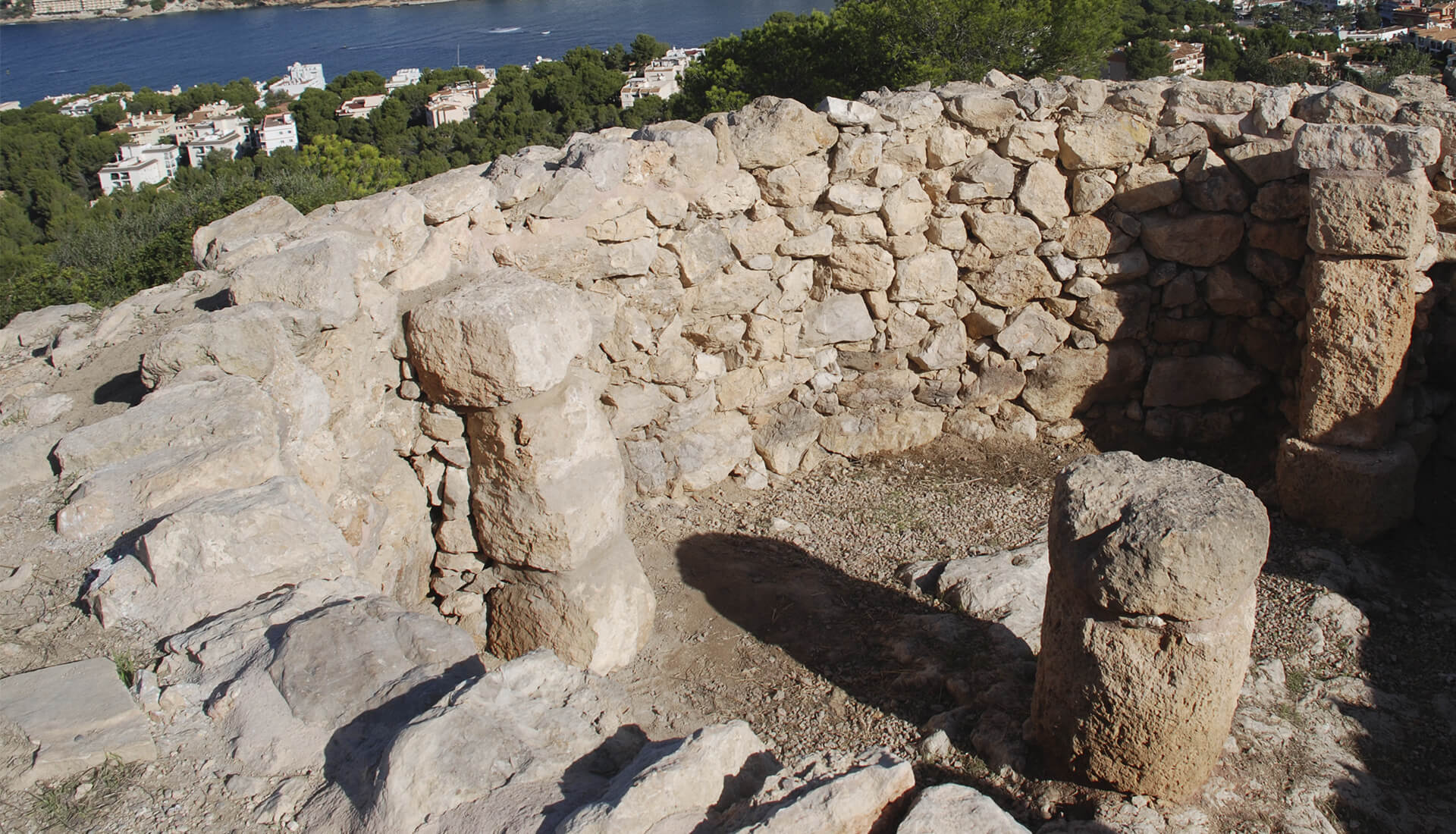 The municipality of Calvià has a rich historical-artistic heritage, which is the material reflection of its long and varied history, from the beginning, during the Copper Age, to the phenomenon of the arrival of tourism in recent years. Thanks to Calvià’s historical heritage we know how our ancestors lived and the main characteristics of our history.

As far as the Cultural Heritage of the area is concerned, the set of assets that make it up is structured in three large groups: Archaeological Heritage, Ethnographic Heritage and Architectural Heritage. Via the following link you will be able to access the historical information and the description of the elements included: www.pluscalvia.com

The “Puig de sa Morisca” Archaeological Park (Santa Ponça) is a project that has been developed by the Calvià Town Council in collaboration with the UIB (University of the Balearic Islands) since 1997. It is a space of more than 45 hectares, which includes one of the most important concentrations of archaeological sites in Mallorca, many of them publicly owned. It also has museum facilities and a rich natural, ethnographic and landscape heritage.

Description of the site

It is a settlement with a rather complex configuration that is reflected both in its chrono-cultural evolution and in its spatial distribution.

On a chronological level, a long occupation is documented. From the initial Talayotic period (from the 6th century BC) to the Almohad period. It was definitively abandoned in 1229 with the conquest of the island by King James I (Rei Jaume I).

On a spatial level, the presence of different areas distributed throughout “Puig de Sa Morisca” is documented. Its summit is especially noteworthy, on the eastern and northern slopes and on the hill formed by the lowest rock located next to the mountain.

The different prospecting works have made it possible to document architectural structures of very diverse characteristics (talayots, towers, rooms, remains of walls, caves and shelters, etc.) which are distributed over three large areas:

Area of the Acropolis

Further information about this park, here

(ENG) This website uses its own and third-party cookies to enable the operation and provision of the services offered on it, to save your preferences, analysis and measurements and to show you personalised advertising based on a profile drawn up from your browsing data (e.g. pages visited). You can ACCEPT all cookies by clicking the "Accept" button or configure them or refuse their use by clicking HERE .
Necessary Always Enabled
Necessary cookies are absolutely essential for the website to function properly. These cookies ensure basic functionalities and security features of the website, anonymously.
Functional
Functional cookies help to perform certain functionalities like sharing the content of the website on social media platforms, collect feedbacks, and other third-party features.
Performance
Performance cookies are used to understand and analyze the key performance indexes of the website which helps in delivering a better user experience for the visitors.
Analytics
Analytical cookies are used to understand how visitors interact with the website. These cookies help provide information on metrics the number of visitors, bounce rate, traffic source, etc.
Advertisement
Advertisement cookies are used to provide visitors with relevant ads and marketing campaigns. These cookies track visitors across websites and collect information to provide customized ads.
Others
Other uncategorized cookies are those that are being analyzed and have not been classified into a category as yet.
SAVE & ACCEPT
Powered by